UP Notable Book Club:  the Crystal Falls Community District Library in partnership with the U.P. Publishers & Authors Association (UPPAA) has scheduled author events with winners of the UP Notable Book List. The third event is with U.P. author John Smolens featuring his book simply titled “Out”.  The events are open to all U.P. residents free of charge.

When: Thursday, March 11th, 2021 at 7pm Eastern / 6pm Central
Where:  There will be socially distanced seating available at the Peter White Library in Marquette — Or to participate via Zoom, please contact Evelyn Gathu in advance by email: egathu@uproc.lib.mi.us, or by phone (906) 875-3344.  We recommend you borrow a copy of these books from your local library or purchase from your local bookseller in advance to get the most out of these events. 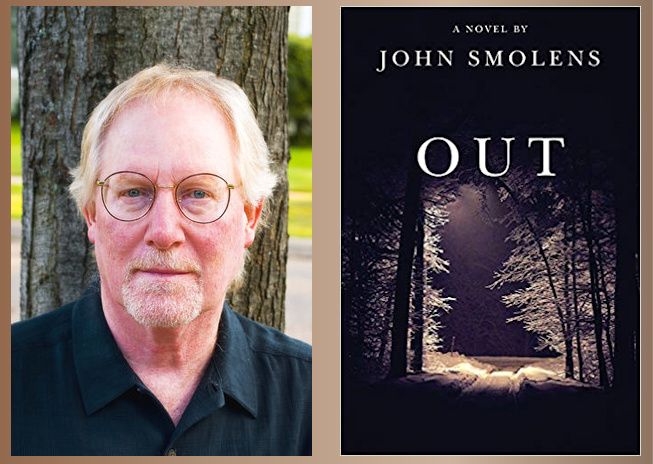 JOHN SMOLENS has published eleven works of fiction, ten novels and a collection of short stories. He is Professor Emeritus at Northern Michigan University, where he taught in the English Department and served as the Director of the Master of Fine Arts Program in Creative Writing. In 2010 he was the recipient of the Michigan Author Award from the Michigan Library Association. You’ll be joined by readers from around the Upper Peninsula in a lively question and answer session with the author.

Out, the sequel to John Smolens’s internationally acclaimed novel Cold, finds the former constable Del Maki recovering from surgery and haunted by the recent loss of his wife. His house, set deep in the woods of Michigan’s Upper Peninsula, becomes a haven for refugees during a fierce blizzard. First his pregnant physical therapist’s car won’t start. Then her two lovers come for her—and after each other. After her current boyfriend saves an enigmatic Finnish woman from freezing to death in the storm, they are followed by her former boyfriend, a petty thief who is armed and seeks revenge. As the weather worsens, leading to a power outage, damage from a fallen tree, and a fire, tensions rise. Forced to abandon the house, their flight through the snowbound forest leads to a bad deal with a deadly result. John Smolens’s novel Cold was lauded for its “stunning brutality and uncommon tenderness.” In the sequel, Out, nature and human nature again collide, illuminating the difference between being rescued and being saved.

More information about the U.P. Notable Book list, U.P. Book Review, and UPPAA can be found on www.UPNotable.com
About the Upper Peninsula Publishers and Authors Association (UPPAA)